A lot of people want to help out someone in their lives. They see someone they care about struggling financially and want to lend a helping hand. Compassion is an admirable quality, but when you co-sign for a loan, you’re putting your financial well being at risk. Even if it’s your son, daughter, girlfriend, boyfriend, or cousin; more often than not, it’s a bad idea to co-sign for a loan.

“But what’s the worst that could happen?”

The answer: A lot of things.

When you co sign for a loan you’re telling the lender that if this person doesn’t pay, then you’ll make sure the loan gets paid. More often than not it’s the co signer that’s left holding the bag. Two common loans that people co-sign for these days  are auto loans and student loans, so let’s look at a few examples of what can go wrong when you co-sign for either of these.

Many of the clients I counsel have either co signed for an auto loan, or if the other individual’s credit is completely terrible, they take out the loan themselves so the interest is much lower.  In both cases this is not a great idea and I’ll use one of my client’s stories as an example.

Client #1 comes in and is complaining about her son not paying the auto loan she took out for him. He was paying for several months, but has recently stopped paying the bill. She cannot afford to pay for all of her bills and the added auto loan that she’s now responsible for. She felt bad for him when she took out the loan and he promised that he would never miss a payment. Six months later her credit and their relationship are being slowly destroyed.

In many cases parent’s co-sign for student loans and everything work out just fine. The same risks are their when you co-sign for your children, but the parents have already considered the fact that they will probably be helping pay back the loan. One thing people should never do is co-sign for a loan anyone that is not their own child.  It may seem like common sense, but a lot of people get guilted into co-signing for a loan or they trust the other person will pay the loan themselves. It doesn’t matter how much you trust the other person, the implications of taking on another person’s student loans are huge, and absolutely not worth it. Case in point; my next client example:

Client #2 had a great relationship with her son’s fiancé. The son had been dating her for years and she seemed like are very trustworthy person. She needed money for school and could not get enough in federal loans so she needed to take out a private student loan. Her parents were not in the picture, so the son and his fiancé asked client #2 to co-sign for the loan at the bank. At first client #2 was reluctant, but she was trusted the fiancé and she wanted to make her son happy so she helped them with the loan. A little while later the son’s relationship fell apart and the fiancé stopped paying on the loan. Client #2 was now stuck with $20,000 in private student loans that were verging on default. Her credit was completely destroyed and she went to the bank to see if she could be taken off of the loan. The bank would not let her be removed from the loan unless the ex-fiancé was to sign off on it, and the chance of that happening was slim to none. So now the mother is stuck with a loan you can’t even get rid of in bankruptcy. She will be stuck paying that bill for many years or risk collections, destroyed credit, and garnishment.

In the end it will be up to you whether you choose to tempt fate and co-sign for a loan, but before you do remember the stories of these two clients.  So, the short answer to the question, “should I co-sign for a loan?” is no. You need to protect your financial situation first and foremost.

Are you in a situation where you co-signed for a loan and your credit might be in trouble? Give us a call at 888.577.2227 or visit our website at www.ConquerYourDebt.org to set up an appointment with a financial counselor. Appointments are free and confidential. Talking with an expert is a great start to when trying to take control of a situation. 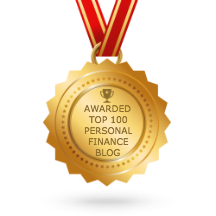